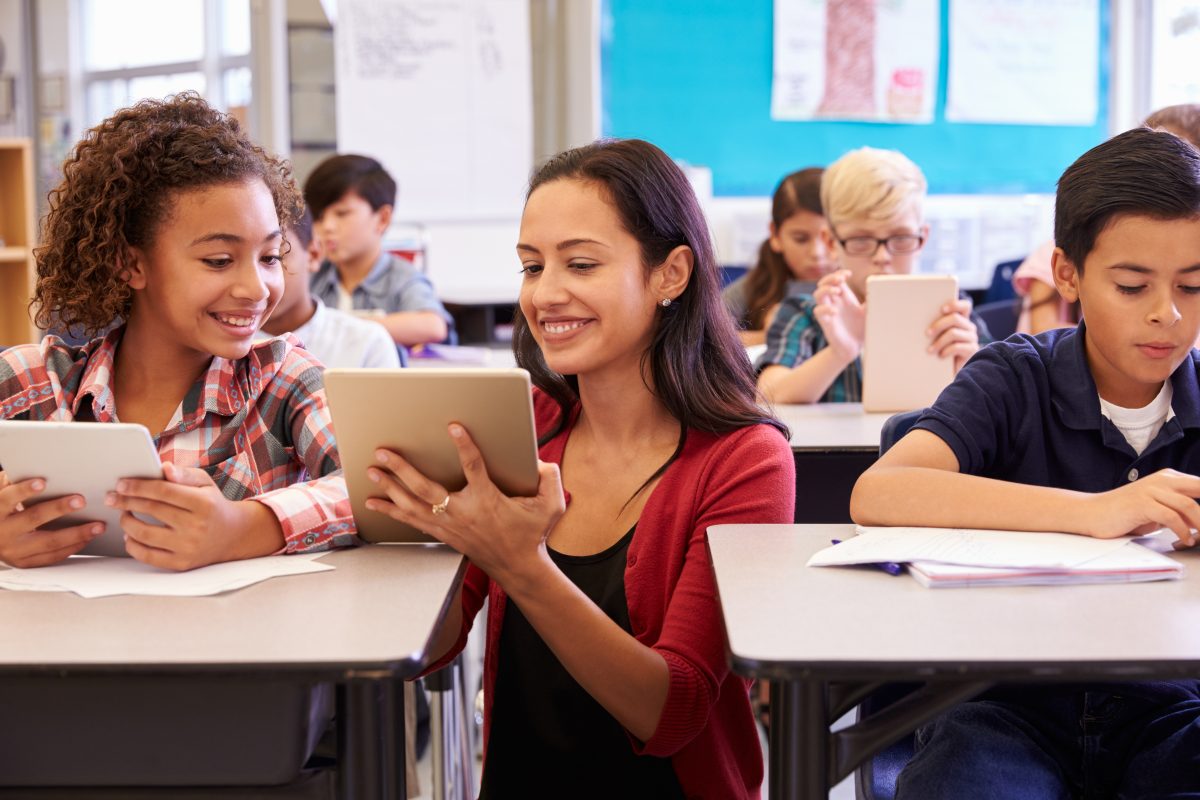 Now and into the future students need the right skills to operate in a brand new society based on technology, and technology itself becomes a fundamental player in the process, entering the educational context. Here’s what schools should take into consideration to use education technology’s potential at its highest level.

From 3Rs to 4Cs: a new educational context

In today’s new technological context, schools need to focus on more than just the basics 3Rs (reading, writing, arithmetic), developing a personalised learning approach in order to prepare students for their future. To reach the goal, schools must integrate the 21st century skills – you can learn more about it in our dedicated article “21st Century Skills: what students need to succeed in today’s society” – moving from 3Rs to 4Cs:

According both to the US and the European Union, technology is key to equip students with the 4Cs. A “21st Century Skills Discussion Paper” prepared by the Universiteit of Twente (Netherlands), acknowledged that Information and Communication Technology (ICT) is at the core of 21st century skills, both as:

Technology becomes a protagonist able to play three different roles, depending on its user. It can act:

Schools must not forget that the rapid development of ICT requires a whole new set of competences related to ICT and technological literacy. The new generation of students come ready to work with these new technologies, so schools must incorporate them into the future curricula, and prepare the educational staff to operate with them.

The role of education technology into 21st skills development

We can talk about “education technology” when modern technologies are used as systematic and organized processes to improve the quality of education. As we stated before, this choice plays a fundamental role in children and young people’s learning, enhancing their skills and cognitive characteristics. However, simply introducing technology in the classroom is not enough to make students develop their skills.

After providing students with laptops, netbooks or tablets, the next essential step concerns what teachers do in the classrooms with these mobile devices. How do they use them? Are they able to develop a personalized learning scheme for technology adoption? In a few words, do they exploit the potential of education technology at its highest level? 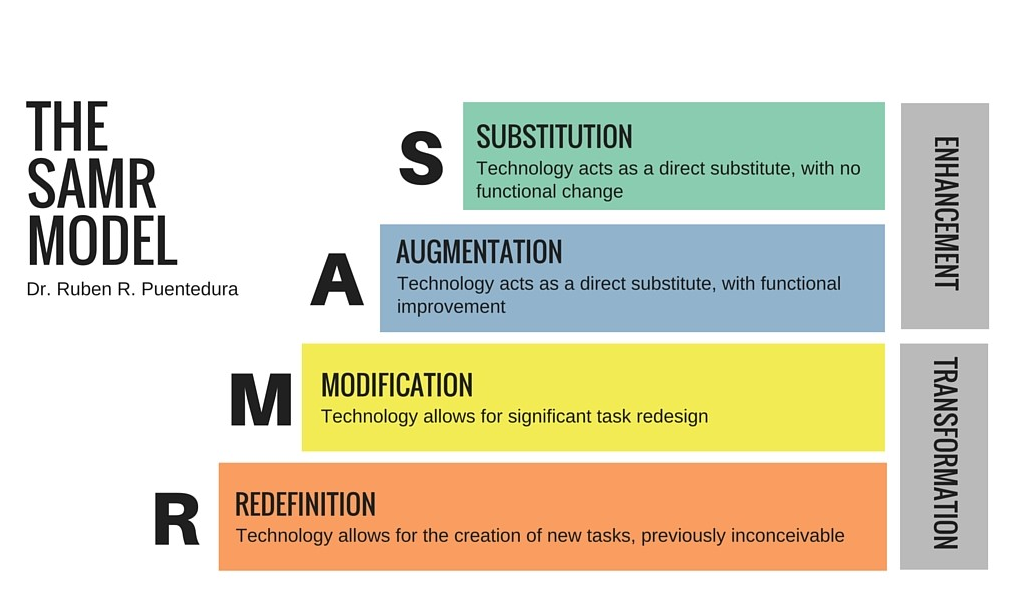 The SAMR Model for Technology Adoption – developed and enhanced by Dr. Ruben R. Puentedura – may help in understanding what technologies can do for teaching/learning, and at which level teachers are operating with them.

When, for example, students use a word processor without any features for editing, education technology is operating at the lowest level, as a substitute for pen and paper, with no functional improvement.

When that word processor has sophisticated editing functions to improve the final product, for example the possibility of printing out the document, students are working at the augmentation level, using it as a substitute with functional improvement.

However, tasks done within the substitution and augmentation levels could have been completed satisfactorily without the technology adoption. What students earn is just some improvement: that’s why these first two levels are called “Enhancement Levels”.

At the modification level, tasks become something quite different. This happens when, for example, the writing becomes part of a blog, wiki or social network exchange.

The final level, known as redefinition level, represents the stage schools and educational staff should aim at. Here technology allows students to access new tasks, for example creating a video-documentary based on their writing. This final level is the most difficult to describe because the evolution is constantly redefining what becomes possible using technology.

What the SAMR model shows is that, when technology is only used within the enhancement levels, there is only a minimal effect on learning. On the contrary, the transformation levels provide the ideal conditions for powerful deep learning, which is essential for the development of the 4Cs.

When using technology in education, schools should be primarily focused on the educational value of the tools and applications they use. According to Clements and Sarama, 2003, Glaubke 2007, and Dynarski et al. 2007, schools should focus on:

How technology can support employability skills

Education technology plays an important role in supporting students to develop their employability skills. Here are some examples on what technology can do to provide significant benefits to students, employers and learning providers.

Thanks to wikis, simulations, games, collaboration and social media tools, students can enter a real-world learning experience where to simulate and practice in a safe “virtual” environment. An example? The augmented reality used by automotive apprentices at S&B Autos Automotive Academy (UK).

Technologies such as e-portfolios or blogs enable learners to gain feedback from different audiences, reflecting on their ongoing development. They develop students’ ability to become independent, self-regulating learners, which is essential for their future success.

Career services and diagnostic tools enable students develop their level of employability, helping them to identify their own personal skills.

4. Appropriate use of technology in the workplace

Digital literacies help students understand how they could use technology in the workplace. South West College (Northern Ireland) is making this happen through a special partnership program between students and employers in solving real-life problems.

Take a look at how EdTech can help improve students' mental health through social emotional learning and data analysis.

What will the hottest EdTech trends for 2022 be? Let's take a closer look at this year's most exciting prospects for technology in education.

As digitalisation spreads in today’s schools, cyber security plays a major role in protecting students, teachers and networks against hacking and online threats. Learn all the basics to safeguard your learning environment.