[Infographic] Millennials vs Generation Z: how education is evolving 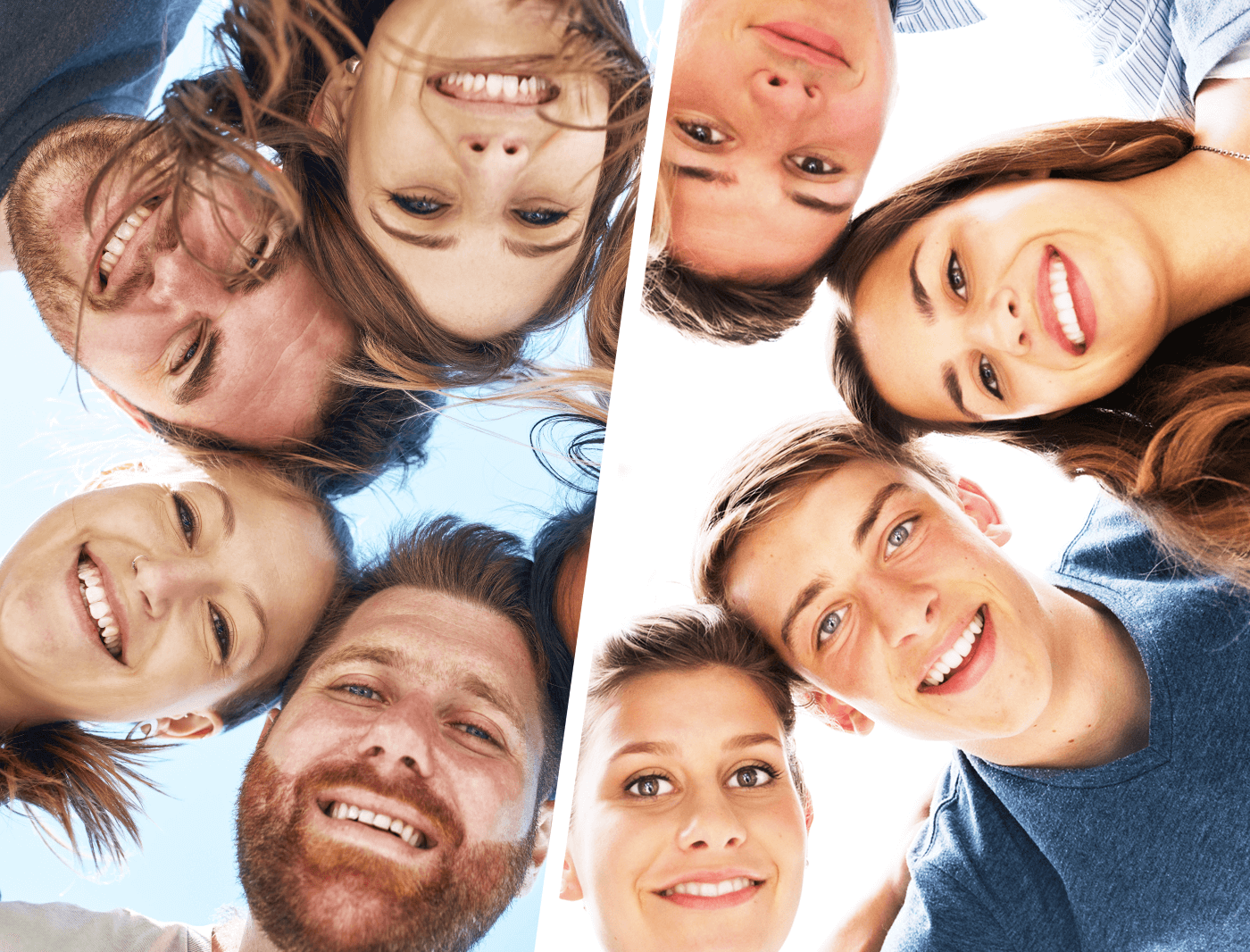 If you still believe millennials are today’s youngest, most technology-oriented generation, you are behind the times! Move over, millennials, Generation Z is coming, and it is looking to the world of work.

A new relationship with technology

If millennials were the first plugged-in generation, Generation Z is fully steeped in technology. Both are adept at using computers, but that is where the similarities end.

Defined as those who were born after 1995, Generation Z differs from millennials in that they have been surrounded by technology from birth, while most millennials are tech-savvy, but still had to learn how to use it. Millennials, for instance, may still be tempted to describe technology as a new and exciting opportunity, while for Generation Z, it is not new or exciting at all: it is a simple fact of life.

Social media affect and define the relationships of Generation Z at a deeper level, and even their platform preferences speak of a generational shift: Generation Z is more concerned about online security, prefers to post “stories” that will not be online forever, and is more selective about who they share their information with. Compared to the habits of millennials, there has been a drop in the use of Facebook and a rise in the use of Snapchat and Instagram. In short, social media is not an addition to friendships and family relationships, it is an essential part of them, but at the same time, Internet safety campaigns are finally beginning to take root. Where a millennial who wants to keep in touch with distant loved ones might pick up the phone first and turn to social media second, Generation Z kids will grab their smartphones and update them on their lives with a snap without a second thought.

In the lives of Generation Z, technology is more pervasive than ever, and adapting the classroom to their expectations and needs is the next logical step.

How to teach Gen Z

For millennials, having computers in the classroom was new and cool; for Generation Z, it is not only normal, it is beginning to grow stale. Ask a millennial to describe what their school was like and they will talk about a traditional classroom with the addition of some technology that teachers were often ill-prepared to use; ask the same question to a Generation Z kid and they will paint a picture of a classroom where physical and digital are no longer separate, a fully interactive phygital space.

Learning styles have changed tremendously: where millennials were just beginning to move on from books to the Web, struggling to find a balance between the two worlds (while often contending with teachers who looked at search engines with suspicion!), and relying primarily on textbooks and lectures, Generation Z kids will not learn as effectively from sitting at their desks reading or listening. It may be in part because the attention span of Generation Z has been estimated to be even shorter than their predecessors’, but they have a marked preference for learning visually through instructional videos, or by acquiring hands-on experience such as conducting experiments or, whenever possible, using virtual reality.

The average millennial also has a greater aptitude for seeking out information instead of waiting for it to pop up, while Generation Z has grown up immersed in a world where information bombards you from all directions and you can expect it to be delivered to you in a personalised way and with no effort: ‘personalised’ is the great keyword of Gen Z learning. While millennials were still trained to accept a school setting where everyone had to learn at the same pace, Generation Z has a more collaborative approach where everyone’s input matters and they can set their own speed—which may be faster than ever!

This is not to say, however, that Generation Z kids have no concept of a teacher’s key role in their education: the overabundance of information at their fingertips can be overwhelming without the proper guidance. The numbers speak for themselves: 39% of Gen Z prefer learning with the direction of a teacher, as opposed to 25% of millennials, so fear not: both generations are still very much in need of good educators. 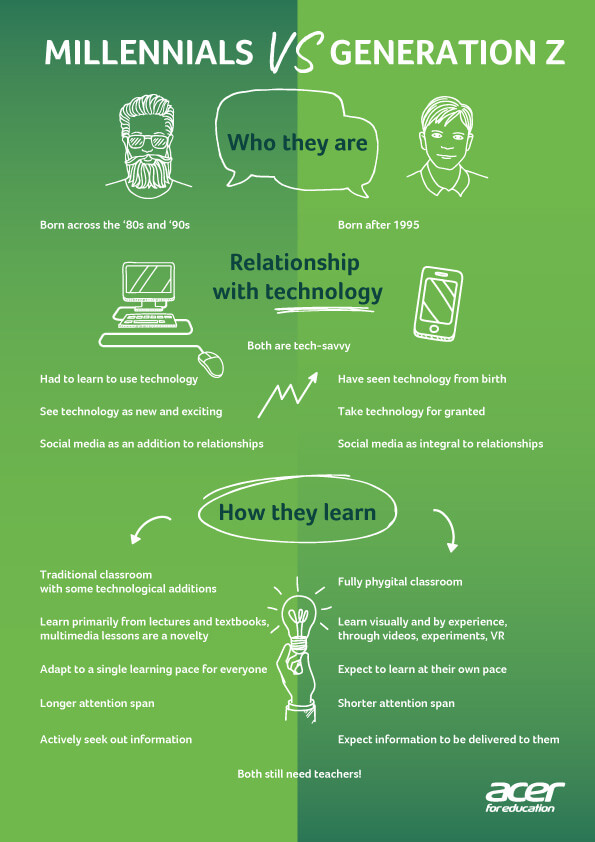 Breakout rooms are a very useful built-in feature of most virtual learning platforms. Discover how to use them to promote engaging remote or hybrid classroom activities.

Nano learning and remote education: an effective resource for teachers

Exploring the possibilities offered by nano learning as an effective resource for teachers in the era of remote education.

Blended Learning, accessibility, new and more immersive modes of multimedia learning are the hottest EdTech trends for the upcoming year.

Esports and Education: how to develop managerial skills in a playful environment

An Acer Chromebook for every teacher: Ante’s success story from the Netherlands