Art Classroom: how technology is changing it 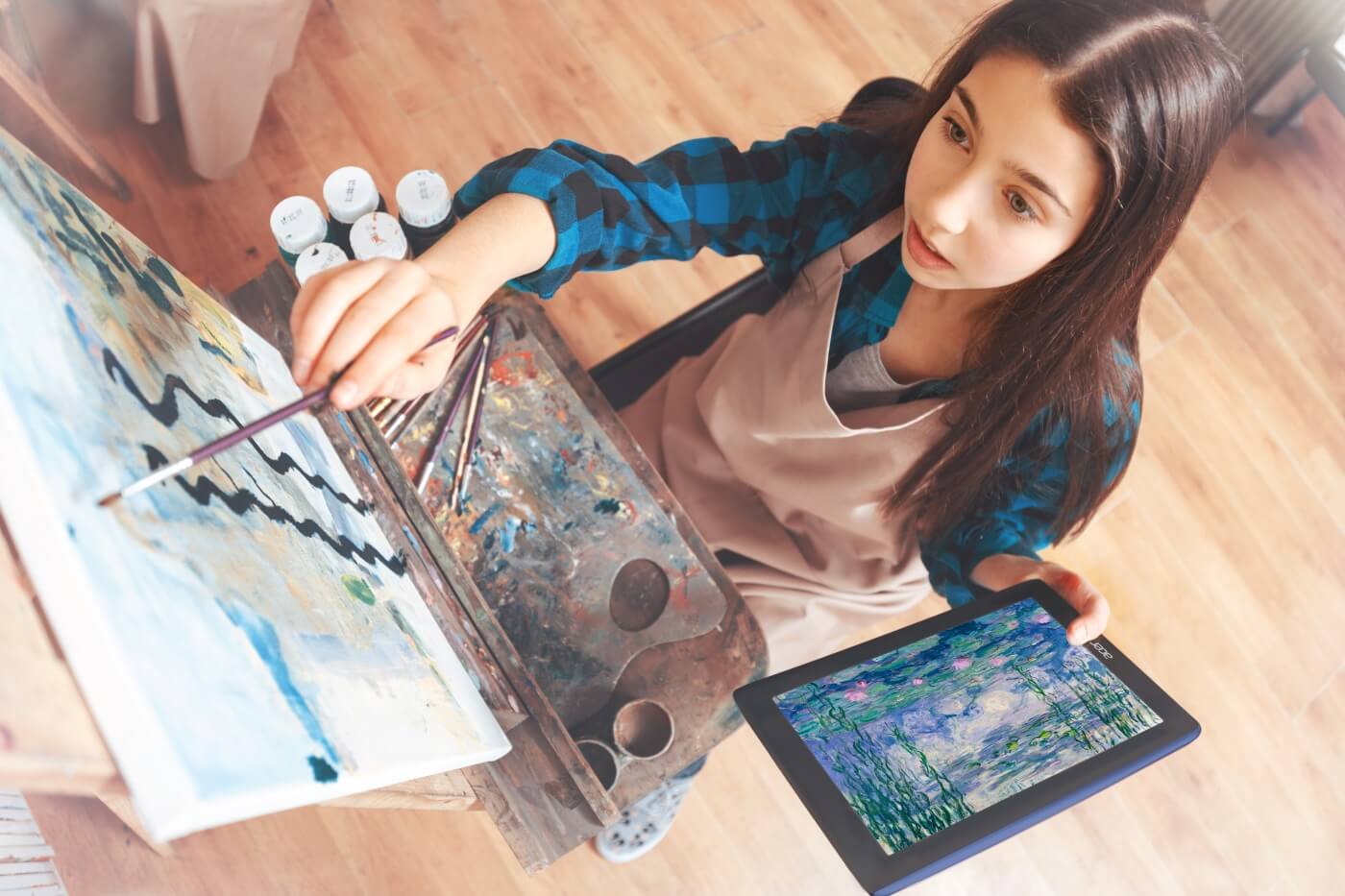 With the growing importance of technology in our lives, students are being told more and more often that art is not profitable and will not help their career and that they should focus exclusively on science and technology if they want to secure a high-paying job, or any job at all. This implies that art and technology are incompatible, but the truth of it is that the separation between technology and the arts is a false dichotomy and the two can be gainfully used together.

Adding an A to STEM

It is no coincidence that the popular acronym STEM has expanded to become STEAM, wherein the A stands for ‘arts’: a curriculum that includes some form of creativity and does not make hard sciences the sole focus makes students more well-rounded, develops valuable soft skills, and perhaps more importantly, gives everyone a chance to shine and find their true interests and talents.

With the aid of technology, this holds truer than ever: using apps and technological devices to access and produce art levels the playing field, allowing classes to look at or listen to high-level art at a relatively low cost and to create their own art more quickly and easily, giving a creative outlet even to those who might have found traditional methods unsatisfactory or even impossible, including students with disabilities, who can be taught to use technology to make art with a degree of success they would not otherwise achieve, which builds their confidence and hones their social skills.

Of course, art has many forms and each form uses technology in a different way: there are aspects of teaching and creating art that simply cannot be replaced, a human component that technology cannot emulate, especially in performing arts such as music, theatre, and dancing, which have to be taught and created in the moment and are ill-suited to delayed or long-distance learning because they thrive on immediate feedback from the teacher and the audience. In those fields, technology can provide invaluable assistance and increase production value so that even students can have a taste of professional-level art, but it cannot be a replacement of traditional methods, only an addition or an introduction that those who are interested can use as a springboard to explore the field further.

Technology, however, must not necessarily be so limited: digital art is flourishing, and while some image editing programs are costly, there are plenty of free apps that allow a screen to take the place of brushes and canvas. Visual arts such as painting and even animation have benefited greatly from the advent of technology and can achieve very similar results to their traditional counterpart while employing partially different skill sets that allow students to draw and paint effectively even if they have no inclination for pencil and paper. A few clicks of a mouse can create more precise shapes and brushstrokes than a budding digital artist could produce if given a physical palette and brush, and there is no reason why the final result should not be considered real art.

Over the years, technology has even created forms of art that did not exist before: are photography and filmmaking not valid forms of artistic expression? Producing a short film from scratch is an activity that technology has made more accessible than ever as a class project, and it involves multiple art forms that can be assigned to whoever in the group is best suited to it: writers can try their hand at producing the script, musicians can record and edit the soundtrack, visual artists and crafters have their pick of different visual aspects of the film such as set design and visual effects, students who are interested in the film industry can be the director and camera operators, and of course, there would be no film at all without actors to play the parts their classmates have written for them.

In short, a sufficiently creative and motivated teacher can show students that not only technology can be used artistically and does not have to be a completely separate world, but the arts themselves can cooperate with one another and technology can help tie them all together.

Augmenting STEM learning with Cleverbooks: the schools of tomorrow

If you are an Augmented Reality enthusiast and/or a teacher dealing with remote learning, discover how Cleverbooks can help educators enhance STEAM education with AR.

Science, technology, engineering, art, and mathematics: together, they make STEAM Education the best way to bring all of human knowledge together.

From STEM to STEAM learning: what is the difference?

What does it mean adding an A to STEM learning? Not just inserting art in the learning path, but developing a new and more creative education approach.