Changing the face of teaching: a success story at Al Khubairat 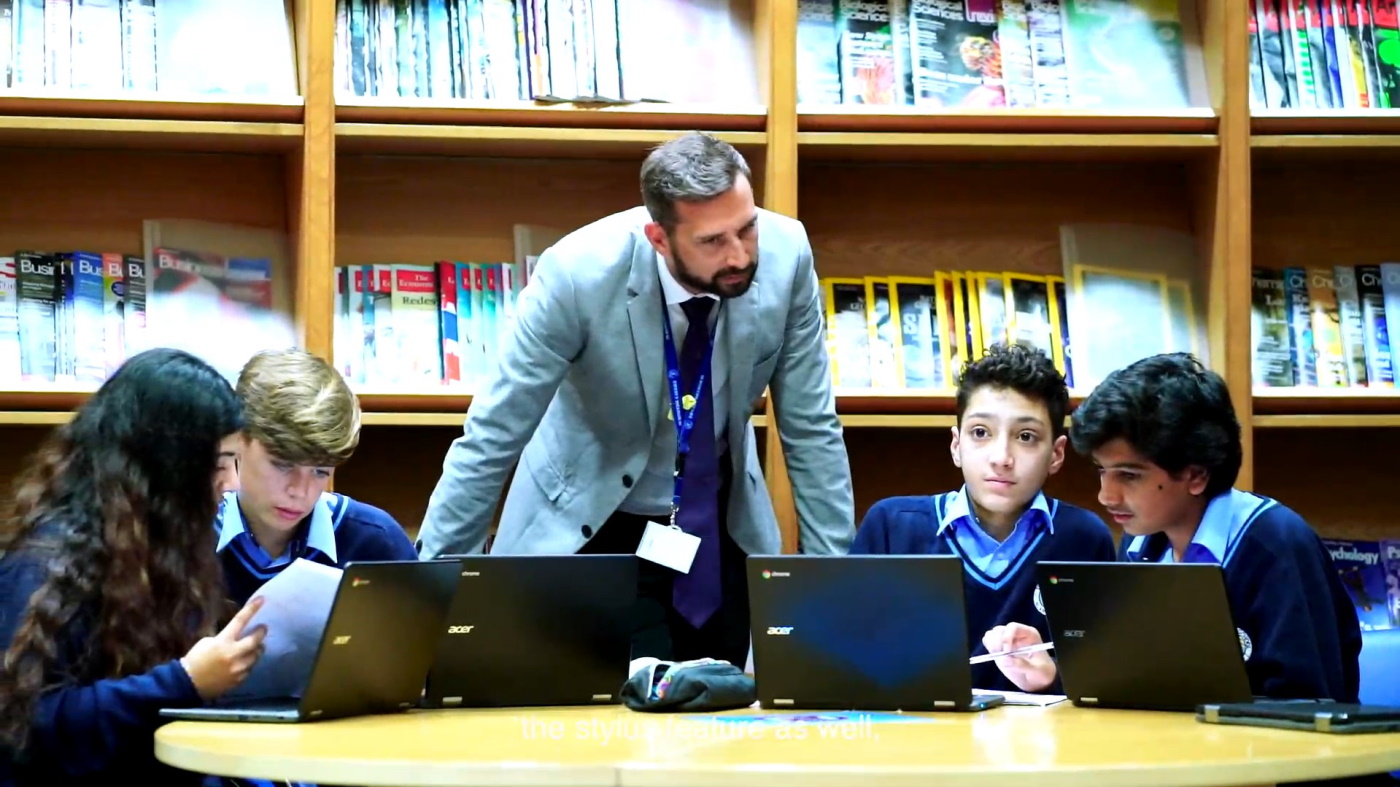 The British School Al Khubairat, located in Abu Dhabi, in the United Arab Emirates, is a non-profit institution that caters to nearly two thousand English-speaking students in the United Arab Emirates and aims at providing them a complete education from nursery school to Year 13 in conformity to the National Curriculum of England and Wales. Founded in 1968 and growing in size as British expatriates found themselves in need of giving their children a good secondary education during their extended stays, Al Khubairat offers a range of subjects that blends British education with the local culture, giving students the best of both worlds.

The first step to success

As technology became more prevalent, teachers and administrators at Al Khubairat realised that no school could go without opening a window to the world with Internet connectivity and the latest EdTech solutions.

The initial policy of allowing students to bring their own devices was a start, but it was soon clear that there was a long way to go: with limited infrastructure, multiple kinds of devices, and the expectation for students to use several different VLEs (virtual learning environments) under the guidance of teachers who were not yet properly trained for the transition, the situation proved inadequate to Al Khubairat’s needs.

Between disruptive technical issues and difficulties in classroom management resulting from the students bringing their phones, the upgrade was not all Al Khubairat had hoped for.

But that is where Acer comes in to usher the school into a new age of success.

The beginning of a new era

Switching to one Acer Chromebook Spin 11 per student and deploying G-Suite for Education uniformly across the school was a gradual and well-thought-out process that began with one pilot year group in June 2018 and has now expanded to 720 Chromebooks available for all students in years 7 through 11.

Teachers have found that the testimony of other Acer Innovative Schools that came before them and their own experience training with G-Suite both pointed in the direction of Acer Chromebooks and G-Suite being the matched set they needed to improve student engagement, increase efficiency in monitoring students and staff and performing all kinds of daily tasks, and explore new avenues in the coming years, such as using augmented and virtual reality to give students a more immersive experience.

The practical application of their new training has even found that the flexibility of Acer Chromebooks is the perfect fit for a multilingual school offering lessons in Arabic, which lends itself to handwriting with a stylus much better than it does to typing and can therefore make the most of the possibility of using the device either as a tablet or as a laptop according to preference.

Thanks in part to its bold steps into the world of education technology, Al Khubairat has been recently rated Outstanding by the Abu Dhabi Department of Education and Knowledge (ADEK) and made the official British Embassy school. We congratulate students and staff for their achievements and wish them many more years of success.

Let’s meet the students and teachers from the Star International School of Mirdif and discover how Acer Chromebook and Google Workspace for Education changed the way they learn, study and teach.

Equipped with ConceptD, students and alumni from Istituto Europeo di Design explore and define new innovative designs and scenarios to meet the needs of modern and future multimedia creators.

Hybrid Learning is here to stay: the future of this model in K-12 schools