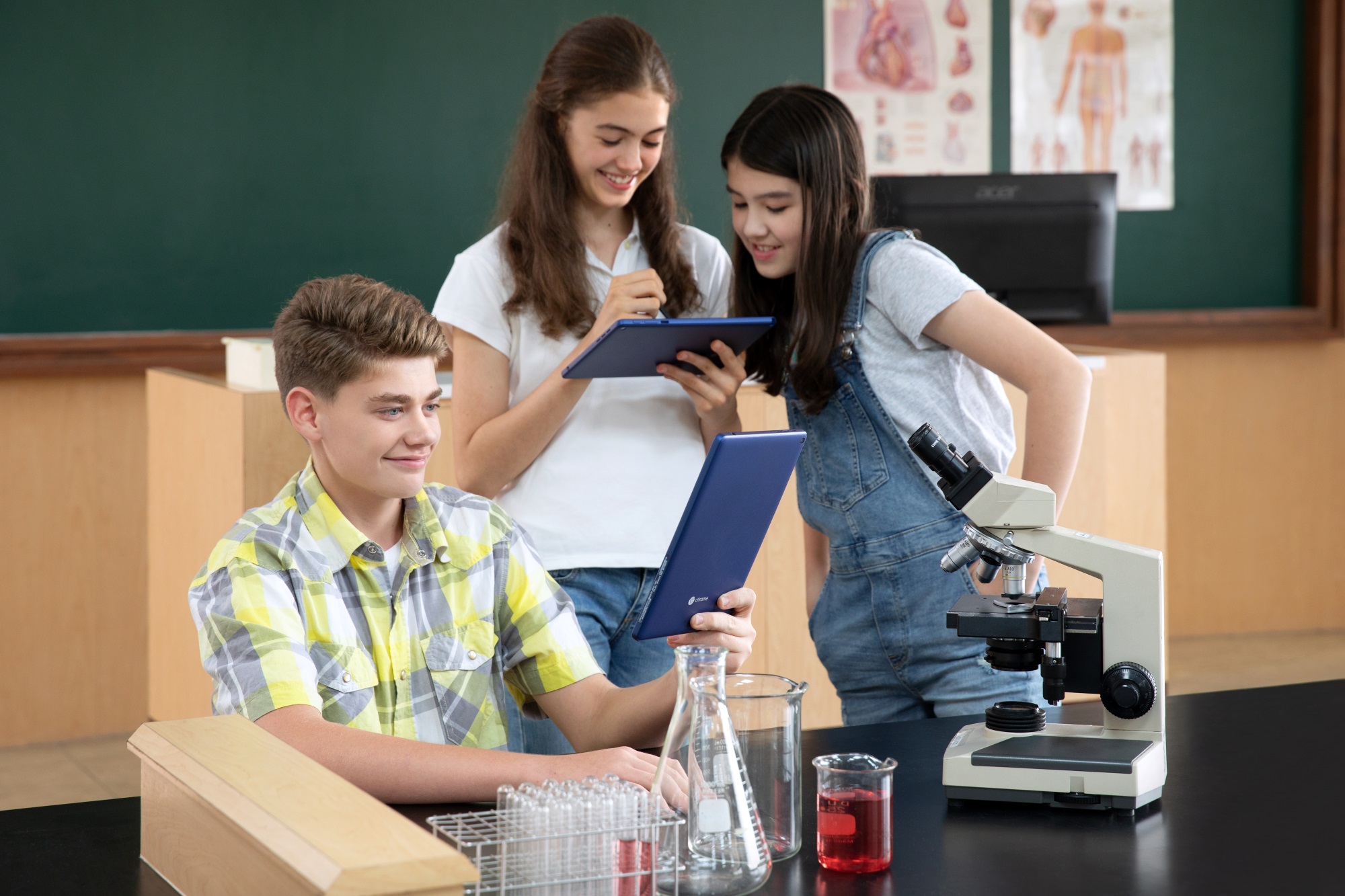 Ormiston Primary School, in Scotland, is among the first schools involved to adopt the Chromebook Tab 10 and test it with its teachers and students. As expected, feedback from educators and IT staff had been very positive, since the main benefits of this Acer tablet were deeply confirmed once they had it in their hands.

Ormiston Primary School’s teachers appreciated the shareability above all, founding it very easy to switch between different Chrome devices: this increased the confidence level of teachers with this new device, as the devices’ management resulted to be simple and quick.

One of the most favourite features from these students is the possibility to capture photos and videos with the Acer Chromebook Tab 10, because this feature allows them to better work together on common projects, exchanging and sharing documents and materials in an easier way.

Furthermore, also the Active Stylus Pen was really appreciated from these young students: Sasha and Daniel found it a very useful addition, while Saiphin said “I use Stylus to do pretty anything on the tablet, even handwriting”, and also affirmed that handwriting with Stylus is quite identical to do it with a pen on a paper.

The fourth Digital Ninja interviewed, Jack, showed even more glee talking about its experience with Acer Chromebook Tab 10: “I’m dyslexic and typing is very hard for me: but, with the Stylus, I can finally write docs in a correct way”. Also Jack said that this tablet makes easier for people to work together, because “we can both typing at the same time”.