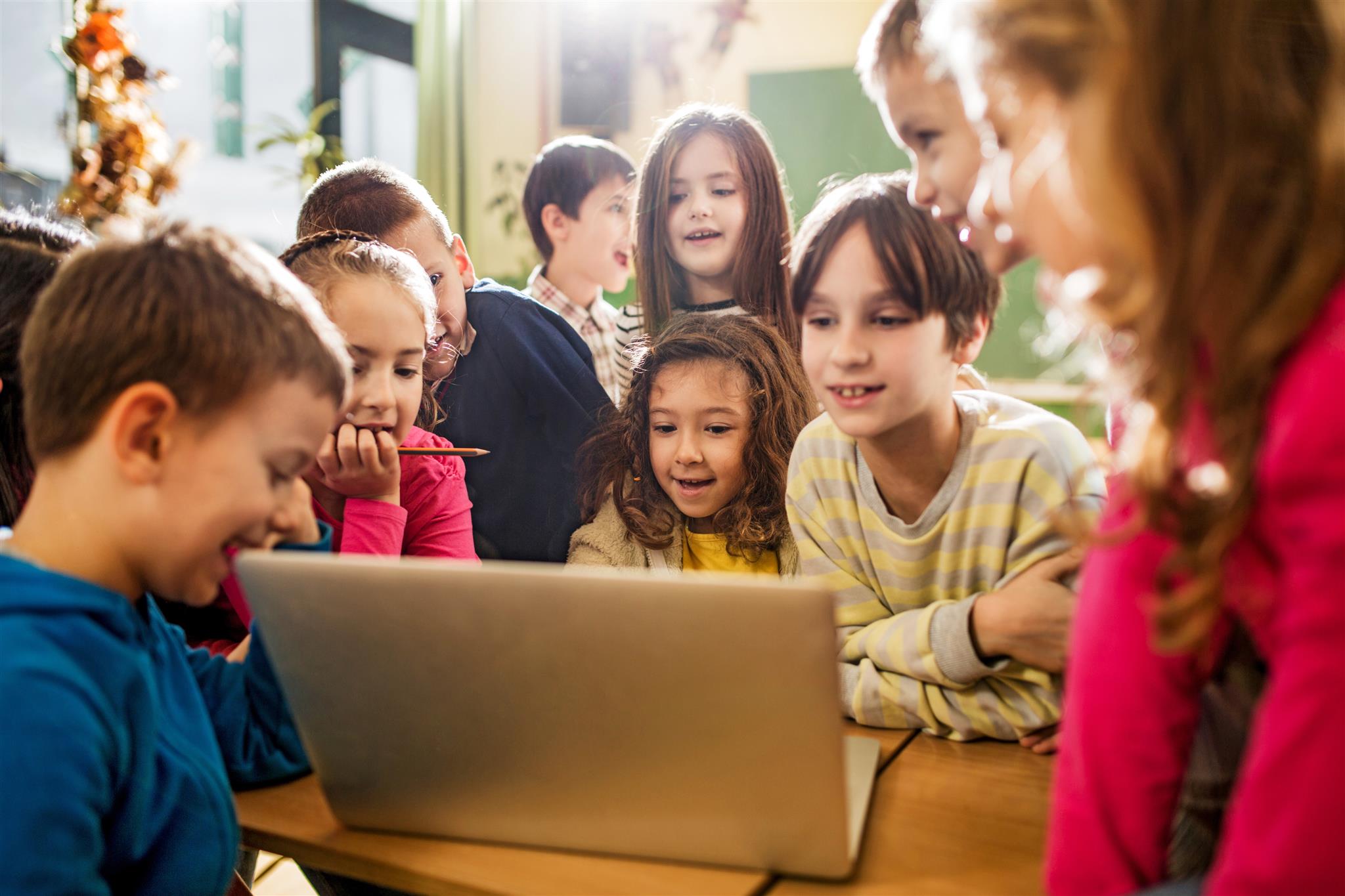 The Juliana School in Gouda is part of CNS, a Protestant Christian school association that also includes two other schools, with more than 400 pupils enrolled. “Getting and keeping a school’s IT environment working has proved a perpetual challenge,” says Caroline van Dijk, year 6 teacher and IT coordinator of the Juliana School. “Sometimes it’s frustrating, because things often don’t go the way you’d like. But when you finally succeed and see the children using it… that’s very satisfying.”

A common starting point: an unsuitable IT infrastructure

Previously, the IT department of Juliana School had included different types of notebook, all of them with a detachable keyboard, and those had turned out to be too fragile for use at school. Beacause children are simply accident prone, and because the notebooks could literally be taken apart, problems arose faster than expected.

Accordingly, the Juliana School needed laptops ideal to be used by many students and in many places, even in a single day: first of all, these laptops had to be highly resistant, and features such as touch screen and convertible design would be considered as an important added value.

A revolution in the Juliana School learning experience

The selection process that led to the Acer TravelMate B118 went pretty smoothly, according to Van Dijk. She says: “We have an IT committee consisting of five teachers. First we determined what we actually wanted to do with them. One of the most important aspects was that the laptops had to be sturdy, “vandal proof” as we say. Furthermore, it had to be a mobile system, so desktop PCs were out of the question. And there had to be a physical keyboard, because most work simply requires keyboard input. Finally, we use software that requires a touch screen”.

The Acer TravelMate B118 was proposed by Emjee ICT diensten, the Juliana School IT supplier, and resulted to be the perfect answer to Juliana School needs: “The TravelMate Spin B1 is incredibly robust and has a system in the keyboard that prevents damage from liquid spills. The moisture just runs out at the bottom. That is ideal,” says Van Dijk enthusiastically. “The screen flips around all the way to the back, so it can be used in all different positions and for all kinds of purposes. We currently have eight for each classroom, about one for every three children. These three children are then jointly responsible for a specific notebook that has their names on it. You can see that the notebooks are now much better cared for”. 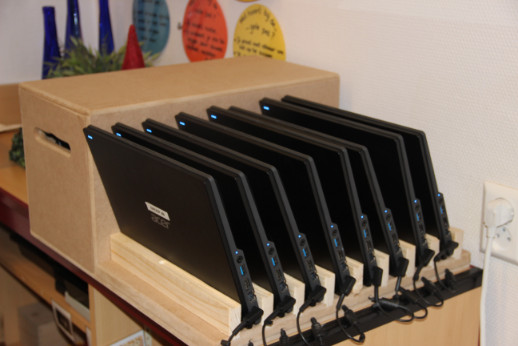 Thanks to a teacher’s father, who does woodworking as a hobby, the Juliana School has also found a creative solution for storage and recharging: he made a special storage system for every class, in which the laptops can be collected, stored and charged. This original storage system is very neat and organized, and super easy for the pupils to use: they put the notebooks in the rack and connect the charging cable. Because the charging lights remain visible, each student can see at a glance whether all the notebooks are charged.

Van Dijk summarizes why she is so happy with the Acer TravelMate B118: “It meets all our wishes and requirements. That’s a nice starting point. It starts quickly, which is certainly a must in education with a class full of impatient children. Our IT partner emjee ICT diensten has created a special login procedure for us, enabling the laptops to boot without first having to be logged into the school network at the server. The children log in via Wi-Fi directly to their own Office 365 account which contains links to the required software.

At the end of the day teachers no longer have to actively check as much of the work, because the software helps. That could help reduce the workload in the long term”.

“What will the future bring? Ultimately we want to start working with Acer Classroom Manager and use digital processing software instead of books and paper. A dot on the horizon is therefore a notebook for every child, to make our education even better and to work on 21st-century skills“.