Those with their fingers on the pulse of pop culture have already heard about Minecraft – the most-played video game in the world.

The educational edition was released in 2016 and is still making headlines all over the school world.

What’s it all about, exactly, and why is “Minecraft: Education Edition” a great fit for learning? Read on to learn more!

Technically defined as a sandbox game, its standard edition proposes no goals to accomplish, leaving players free to decide how to play.  Players simply build, explore and survive.

By 2021 Minecraft boasted over 140 million players of all ages worldwide, with numerous spin-offs, including “Minecraft: Education Edition”.

So, what is different about the Education Edition? It basically features the game’s original mechanics while offering specific features designed for learning environments.

Teachers new to Minecraft’s Education Edition can rely on the support of the hands-on aid provided by the game. And this version features unique “equip educators” options, with exclusive tools for subjects like coding, math and chemistry. 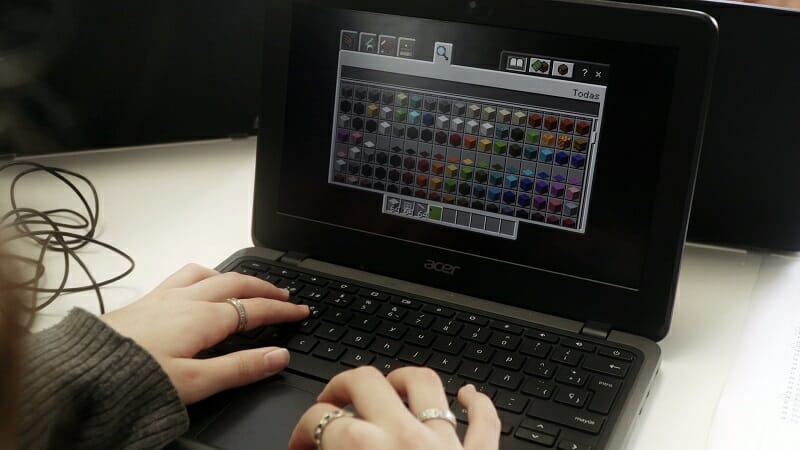 Taking, for example, the latter, the “Education Edition”, gives players a chance to collect and combine chemical elements to create compounds such as salt, glue and other standard in-game items.

As for coding, the game features a mob called “the agent”. Via a visual interface, students learn the basics of coding and put them to use to instruct the agent or other non-playable characters featured in the game!

Get started with “Minecraft: Education Edition”

Want to take a closer look at “Minecraft: Education Edition“?  Join Acer Teachers Community & Academy, and find a webinar on this topic under the “Esports” category!

Or start your free trial here.

Acer TravelMate B3 and Windows 11 SE – the Danesfield School experience

Discover the story of Danesfield School and their successful rollout of Acer TravelMate B3 and Windows 11 SE.
Education Technology

Can critical thinking be taught with EdTech? Foster one of the most important skills in your classroom with these activities.
STEAM

How can a videogame let students learn how to code? The education platform for learning Minecraft: Education Edition can motivate and inspire every student to achieve more, and ignite a true passion for learning.
Most popular
Esports in Education

[Acer notes] Esports in Education: Acer is ripe for disruption

What will be the Education Technology Trends for 2019?

Acer for Education Newsletter
If you want to be part of the evolution of the 21st skills generation, be inspired about best practices and be updated on all our events, then it’s time for you to subscribe!