From STEM to STEAM learning: what is the difference? 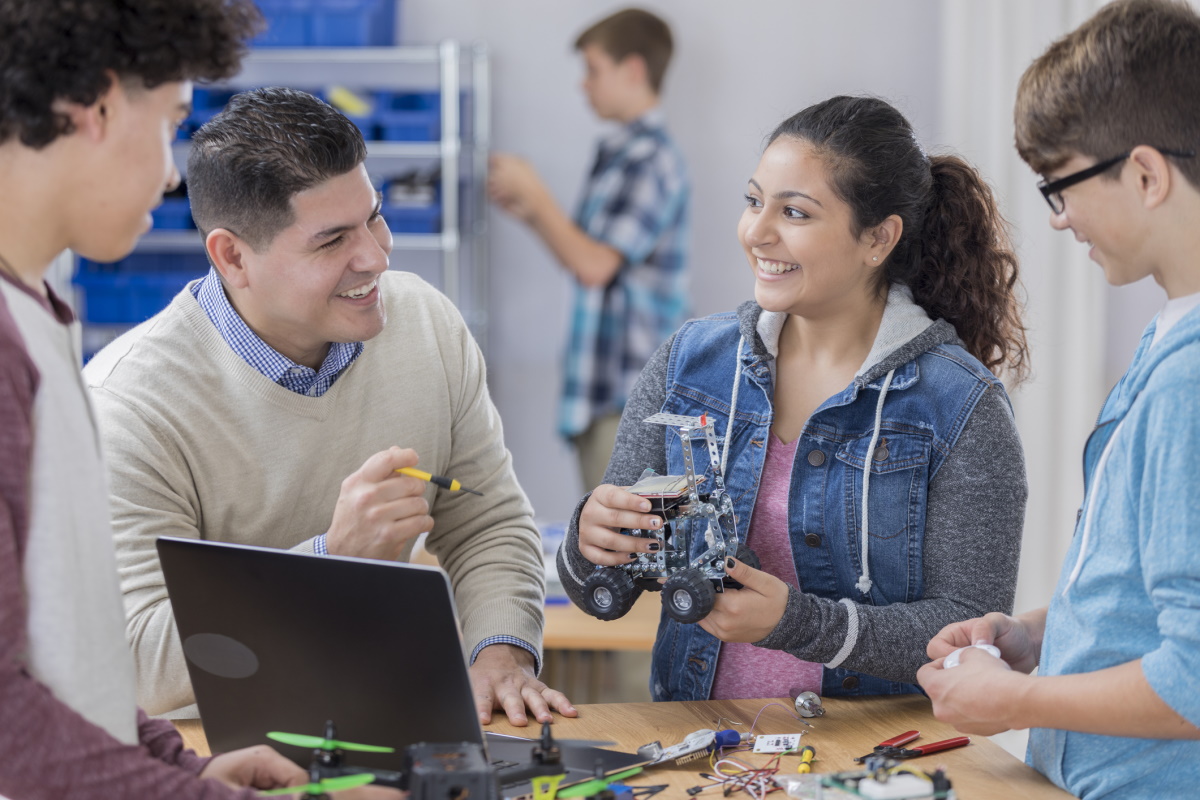 STEM (science, technology, engineering, mathematics) is the hottest new keyword of today’s education. In a world where understanding science and tech gives fresh graduates an advantage in the job market, it is natural for teachers and administrators to push for more funding for STEM projects that will prepare their students for the tech-heavy society that awaits them.

But STEM does not encompass all of human knowledge, which is why some educators believe that the best course of action is to add an A to the acronym for the arts and turn it into STEAM (and some extend it even further to become STREAM, with an R for reading and writing).

What is the difference between a STEM and a STEAM project, and what are the arguments for and against the inclusion of the letter A? Let’s explore them together!

STEM is already in itself an interdisciplinary way to teach scientific subjects: instead of having students learn about science, math and technology separately, STEM activities involve them in complex projects that require the application of skills and knowledge from all of them at once, which is closer to how they will one day use their abilities in their real jobs.

Adding an A for the arts is a debated question: some feel that allowing room for artistic expression in a project largely devoted to the scientific and technical side of knowledge is a dilution of its original purpose that only causes confusion and is ultimately less effective; others believe that studying the science and mathematics that underlie art and presenting the results of one’s scientific work in a creative and aesthetically pleasing manner are, in fact, the highest forms of interdisciplinary learning, and therefore STEAM follows and expands the spirit of STEM organically and without mixing fields that should have nothing to do with each other.

With STEM alone, the risk is to encourage a form of binary thinking in students and raise them to believe that you can either be good at science or art, but not both, because they require different skill sets and have no connections between them. With STEAM, students can discover unexpected links between the scientific and artistic sides of their school curriculum. A talented painter might realise that paint would not exist without chemistry and that understanding its components can improve an artist’s choice and usage of materials; a musician might find an interest in the physics of sound—what makes a guitar’s strings sound the way they do? How does the flow of air make a flute produce its music?

With the proper application of STEAM principles, the separation between science and the arts becomes a false problem, and that not only encourages creativity, critical thinking and problem solving, but also has consequences on the students’ interests and future careers.

Science is for everyone

Adding the possibility of artistic expression to activities designed to focus on science, technology and maths makes scientific subjects more approachable even to those students who are already convinced they have no inclination for them, and that opens up new paths for them once they find out that if they work hard enough, it is not true that they cannot do science.

This is a game changer, especially for girls, ethnic minorities and economically underprivileged kids, who tend to lose interest in STEM fields over time because they lack the resources to study them further or are exposed to subtle bias that drives them away from scientific areas of knowledge.

If a STEAM approach to learning, which makes science and mathematics less intimidating and shows that anyone can succeed at a complex project that involves multiple skills, can keep students interested despite their adverse circumstances and reduce the dropout rates of girls and minorities from STEM subjects, that means that the future scientific community will be more diverse and that people from all walks of life will be able to bring their unique ideas and points of view to the table, allowing for constructive debate and true, original innovation.

It is undeniable that with the rapid advancements in science and technology, the future lies in STEM—but adding an A might be the key to real progress.

Augmenting STEM learning with Cleverbooks: the schools of tomorrow

If you are an Augmented Reality enthusiast and/or a teacher dealing with remote learning, discover how Cleverbooks can help educators enhance STEAM education with AR.

Science, technology, engineering, art, and mathematics: together, they make STEAM Education the best way to bring all of human knowledge together.

STEAM education goes beyond simply adding an art project into your classroom curriculum. It's more about preparing students to be more creative, innovative and motivated thinkers.